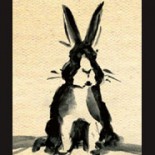 In Music, Give the Fans Innovation or What They Want to Hear…?

Everyone knows that in business, to stay competitive, innovation is a must. Even in the music industry, many musicians have found that constant re-invention is key to staying on top. Look at Madonna, Gwen Stefani or even Pink.

But sometimes, the old “if it ain’t broke, don’t fix it” theory works best. Remember Springsteen’s Nebraska album? Fans hated it, because it just didn’t sound like the Bruce they were used to hearing.

In the last month, I’ve gone to two concerts… one so bad, we walked out after ten minutes, because it wasn’t even close to what we were expecting. The other, so spot-on fantastic, I’d go again in a heartbeat. So I find myself wondering, in music, is innovation, self-expression, and being true to one’s self the right thing to do, or is it better to give the fans what they want to hear? 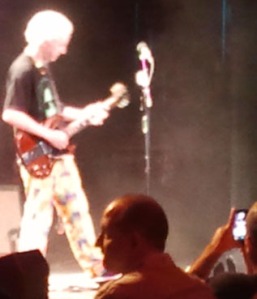 Guitarist Robbie Krieger, one of The Doors founding members at September 28, 2012 concert

About three weeks ago, we went to hear Steve Vai in his Story of Light tour. Now, I’d never actually heard of him, but my husband told me he’s one of the top guitarists in the country, a three-time Grammy award winner, well known for having played with virtually every major rock guitarist from Frank Zappa to Eddie Van Halen, and Joe Satriani.

So, we purchased our tickets, and settled in for an evening of great guitar. Perhaps I should have first read the reviews, because what we got instead was a solid wall of noise so loud, and lights so blaring, that it literally assaulted my senses.

I come to most concerts prepared for an over-enthusiastic sound mixer, who hasn’t quite figured out that the local theaters we attend are not actually Wembley Stadium, and thus carry a pair of ear plugs with me, just in case.

Even concerts like The Charlie Daniels Band, Eric Clapton or Buddy Guy — none of whom are particularly known for being overly loud — have been reason enough to stuff my ears with such protection. My husband, on the other hand, rarely wears his, and is accustomed to loud sound.

So, when my husband actually says he’s had enough, you know it has to be REALLY loud and VERY bad.

Not that I want to sound like my parents, but I can’t really even say that what Steve Vai’s band was playing was actually “music” — it sounded more like, well, horrible noise.

He was accompanied by another guitarist, a drummer, and most interesting, a woman playing electric harp. The harp was the most fascinating part of the entire “concert” for me, as I’d never seen such an instrument, and particularly liked that the edges had little lights, outlining the instrument’s shape.

The sound emanating from the harp was less interesting, and the entire evening was only redeemed by the fact that we went to a local pub afterwards and heard good old rock-and-roll on the juke box… songs that were not only recognizable, but had a beat, a tune, and words we could could sing along to, if only in our heads. Sorry to say, Steve Vai’s “concert” lacked any of those same qualities.

Now, of course, as an artist, he’s free to explore new areas, experiment with sound, and isn’t obligated to give his fans what they expect. Especially if he’s trying to create “art for art’s sake,” as opposed to providing concerts as a business, that his fans will want to support. On the other hand…

Ray Manzarek and Robby Krieger of The Doors

This past Saturday night, we went to see two of the original members of The Doors: guitarist, Robby Krieger and keyboardist, Ray Manzarek, featuring David Brock on vocals. Apparently, since their original drummer, John Densmore, chooses not to tour with them and filed some kind of legal action about it,  they can’t legally call themselves The Doors; and since the group features two original members, it isn’t a tribute group either. In any case…

The front man for this concert tour, David Brock, is also no stranger to Jim Morrison’s music or style. For some 30-odd years, he has been lead vocalist for a tribute band known as Wild Child. 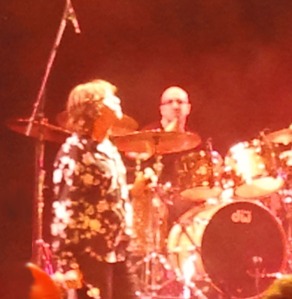 His look, sound, and mannerisms — right down to using a microphone with electrical cord that he was constantly winding up or stepping over, instead of just the headset modern singers use — were so close to Morrison’s, that my husband said it was like Jim had been reincarnated. I should add that my husband never actually saw Morrison live in concert, but there are enough recordings and videos around to be able to make that comparison.

Anyway, most of the songs were rendered so close to the original, you’d think you were hearing the original Doors play… and they delivered all the standards the audience clamored for, Back Door Man, Break On Through, L.A. Woman, Light My Fire.

The only deviation from The Doors standards was when Krieger offered up a 10-minute flamenco guitar solo — an instrument he apparently learned as a kid, and one which provided an interesting treat for us and a nice break for the rest of the band.

My point, is that this band didn’t play new songs they’d written, or stuff they wanted to experiment with. No — instead, they gave the audience what we came to see. Music played like the original recordings. A front man so close to the original, it was hard to tell them apart. And, an evening easily worth twice the price of the tickets.

In business, there’s the idea of sticking to your core competencies, your business’ unique strengths. Doing what you do best, and leaving the rest to others who do it better, outsourcing to get those other parts done.

Krieger and Manzarek apparently seem to know and understand this.

I don’t know, but I wouldn’t be at all surprised if they were actually tired of delivering the same, 50-year-old standards over and over, and were up for experimenting with developing some new music. But, whatever the case, they’re delivering what their fans want to hear. Steven Vai and his group certainly don’t abide by that convention.

So back to my original question… in the musical concert business, is it better to be true to thine own self — the artist — and play the kind of music you want your fans to listen to? Or is it best to give them what they want to hear?

I suppose, bottom line, do whichever you feel like — and let the laws of consumer demand sort it out.

But, what’s your opinion?

This entry was posted on October 1, 2012 by Suzy Kedzierski in Business and tagged core competency, innovation, music, rock concert, The Doors, Wild Child.